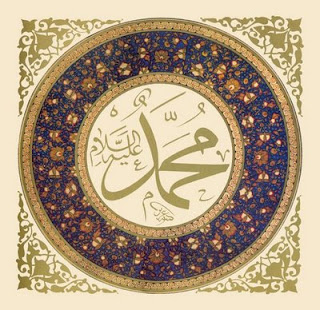 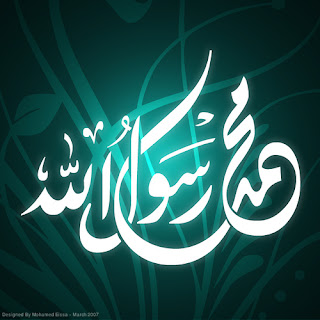 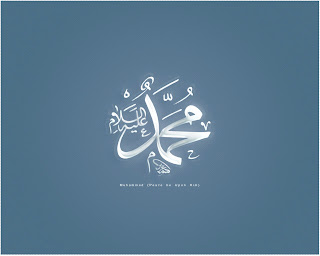 The name of the Prophet Muhammad's father was Abdullah and his mother's name was Aminah.He was born on 12th of Rab' Al-Awal,i.e 20th april 570 A.C on a Monday in Makkah.His father,Abdullah died before his birth.Therefore,Muhammad (PBUH) was born an orphan.His grandfather,Abdul Muttalib took over guardianship of the child.He was wet nursed by a foster mother,Halimah,of the tribe of Sa'd of Makkah.

The behavior of Muhammad (PBUH) was alittle different from his very early age.He detested the ways of the ignorant and Allah,The Almighty,kept him away from all evil ways and objectionable conduct. 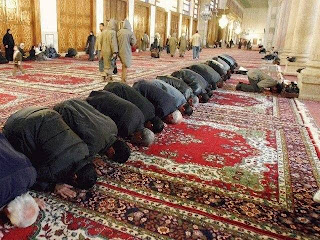 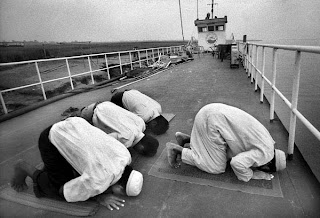 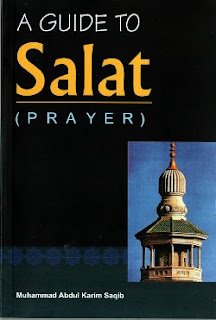 Prayer is an individual duty incumbent on every Muslim man and woman who having reached the age of puberty and being in sound mind is capable of performing it.A child is required to perform prayers from the age of seven so that be will be brought up to perform them habitually and devotionally.He must be made to perform them at the age of ten.A muslim child should also know that the heart and countenance of those who pray will shine with Divine light and his self will be cleansed.Prayer is the link,between the servant and his Master.
Thus Prayer is obligatiry upon every Muslim,male or female,who is :
1. Sane and responsible.
2. Relatively mature and at the age of puberty,normally about fourteen.(Children should be advised by parents to start performing prayers at the age of seven and strongly recommended to do so by the age of ten).
3. Free from serious sickness and,in the case of women,free from menstruation and confinement due to child birth and nursing.The maximum period of both is ten and forty days,respectively.In these cases women are exempt from Prayers.
Prayer is not valid unless certain requirements fulfilled.Actually one is not permitted to perform prayers without fulfilling certain conditions.These conditions are:
1. Cleanliness:this incluides cleanliness of the body through (ablution) and also of the garment and the palce where prayer is performend.
2. Covering the private parts.For the male,the body should be covered at least from the navel to the knees.For the female,the whole body should be covered except the face,the hands and the feet.For both ,transparent clothes must be avoided.
3. Timing:this is when to begin the prayers,since it is not proper to perform regular prayers before the times appointed by law.
4. Declaring the intention of Prayer (Niyyah) by both heart and tongue whenever possible.
5. facing the right direction of Qiblah,the direction of the Kabbah at Makkah.If a person has no means of deciding the Qiblah,he would follow his best judgement.
Kinds of Prayer:
The following are the various kinds of Prayer:
1. Obligatory (Fard) ,which includes the five daily Prayers,the Friday noon congregation and Funeral prayer.Failure to observe these Prayers is a serious and pinishable sin,if there is no reasonable excuse.
2. Supererogatory (Wajib) and Sunnah Prayer,which include the Prayers accompanying the obligatory Prayers,and the congregations of the great festivals (Eids).Failure to observe these is a reproachable conduct.
3. Optional Prayer,which includes all voluntary Prayers at any time of the day or the night.Two periods have a special preference; the later part of the night until just before the breakiing of dawn and the mid-morning period.
Diposting oleh Mencari ketenangan di 03.59

How to Read the Qur'an 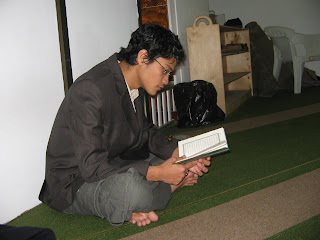 If one remembers that the Qur'an was communicated to the Prophet (PBUH) over a period of twenty-three years,a little at a time,it becomes plain that it should be read in the same way that demands meditation,understanding and observance.The Qur'an is the Word of Allah addressed to man to be a guide for his conduct for all time to come.its basic purpose is to instruct and to teach.The Qur'an is not a history book,nor a biography,nor a collection os sayings.So,the way of reading the Qur'an must reflect how it explains and illustrates the basic principles in various ways,and in an infinite variety.Thus,the more we study the Qur'an in the light of our growing knowledge of the world,and of man,and of Allah's purpose,the more truthful facts await us in the unfolding of its meanings.

We find many passages in Qur'an which describe its origin,its purpose and its style.These passages give comprehensive answers to the basic and ever-occurring question of life.They show the greatness and glory of Allah's words in a way that no other book has provided for so many people,over so long a span of time.The Qur'an - also referred to as The Book of Allah (Kitab ul-Allah) Speech of Allah (Kalam ul-Allah) The Message ( Al Tliikr),and The Criterion (Al Furqan) - is the speech of Allah in the Arabic language,communicated to the Prophet Muhammad (PBUH) by the Glorious and Trustworthy Spirit,The Angel Gabriel.

Its message is conveyed in an easy language that expalins matters clearly,in a consistent way and with no contradictions.None of its language and no part of the Qur'an can be imitated by men,they are unable to produce even few sentences like those found in the Qur'an,whether in content or expression.So the Qur'an as we read it today is exactly the same as it was received by the Prophet Muhammad (PBUH).Allah guards its purity and addresses it to all mankind,to be a guide in this world and to give glad tidings of the Next World to those who follow a righteous way of life.
Diposting oleh Mencari ketenangan di 14.21 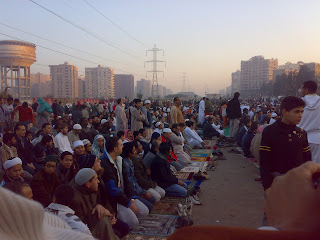 After the worshipper has performed his ablution he is ready for Prayer.When the time of Prayer comes,it is good practice,after the Traditions of Prophet Muhammad (PBUH),to say the Prayer call (Athan) The caller stands facing the Qiblah (the direction of the Ka'bah at Makkah),raising both hands to his ears,and says,in a loud voice,the following:
1. (Allah is the Greatest), (repeat four times)
2. (I bear witness that there is no Allah but the One Allah), (repeat twice).
3. (I bear witness that Muhammad is the Messenger of Allah), (repeat twice).
4. (Come fast to prayer), (repeat twice,turning the face to right).
5. (Come fast to success), (repeat twice,turning the face to the left).
6. (Allah is the Greatest), (repeat twice).
7. (There is no Allah but the One and True Allah), (once).

When the Call ii made for the Dawn Prayer,the caller adds one sentence right after part (5) above.The sentence added is; (Prayer is better than sleep), (repeat twice).Then the caller continues with parts (6) and (7),This exception is made for Dawn prayer only because it is the time when people are asleep and in need for reminder of Prayer.

When this Call is uttered,the worshippers get ready for Prayer and startit with an announcement called (Iqamah).The sentences here are the same as those of the Athan,except that the Iqamah is said in a faster and less audible voice and right after part (5) this sentence should be said twice: (prayer is to start).Then part (6) and (7) should fallow till the end as usual.

If a worshipper does not know how to say his whole Prayers in the Arabic version,he may use any other language he knows if it can express the same meaning ,but this has to be avoided as far as possible.The Fard Prayer is much more preferable when offered in a congregation led by an Imanm.The cogregation is best when held in a mosque,.but it may be held in other places.

A true Muslim believes in Divine Destiny (Qada and Qadar) which means the belief in Destiny and Allah's Timeless Knowlegde.It aslo means belief in His Power to determine and execute His determination.Allah is not indifferent to this world nor is He neutral to it.His Knowledge and Power are in action at all times to keep order in His dominion and maintain command over His creation.

It is the belief that Allah has predetermined things according to His limitless Knowledge,Power and Wisdom.He willed things,aand then brought them into existence according to His Knowledge.Their happening does not change anything in Allah's knowledge.Allah is Wise,Just,and Loving and whatever He does must be for the good,although we may fail sometimesto understanding it fully.

On the other hand,the Timeless Knowledge and Power of Allah execute His commands,do not prevent us from making our own plans in our own limited sphere of power.On the contrary,He exhorts us to think,plan and make sound choices,but if things do not happen the way we plan,we should not lose faith or surrender ourselves to mental stress and shattering worries.we should try again and again and if the results are not satisfactory,then we know we have tried our best,and the final decision is with Allah.

We should have strong faith in Allah and accept whatever He does because our knowledge is limited and our thinking is based on human consideration,where as His Knowledge is limitless and His Commands are Supreme.Muslim call this article of faith Divine Destiny (Qada and Qadar),which-simply means that the Divine Decree of Allah anticipates events and that events take place according to the Divine Knowledge of Allah. 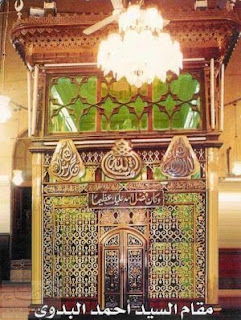